ETFs in the Empire State

It was back to the City of Dreams this week… 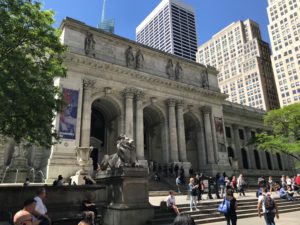 Ben Carlson, who I actually met on the trip, summed-up my visit rather well:

My tally after a quick 36 hours in NYC:

Seriously, that was nearly identical to my quick jaunt to NYC.  Some highlights:

Todd and I engaged in a motivating conversation on the need for better ETF education, a topic I’ve been vocal about.  Todd is Director of Mutual Fund & ETF Research at CFRA, one of the world’s largest independent investment research firms, and covers the ETF space as well as anyone.  More importantly, Todd has a genuine desire to push ETF education forward and I greatly enjoyed brainstorming how we can do more to help the cause… 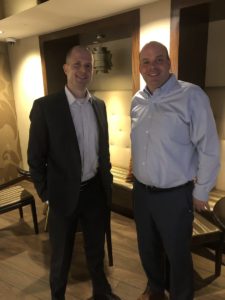 I had the opportunity to swing by “The Compound” (it’s real and it’s spectacular) and meet most of the Ritholtz Wealth Management crew including Barry Ritholtz, Josh Brown, Michael Batnick (whose sneaker game is better than yours – sorry), Ben Carlson, and Nick Maggiulli.  The highlight was my in-depth conversation with Barry on everything from the firm’s roots to the future of financial advice and ETFs.  I loved hearing Barry’s vision for our profession, along with the role of multimedia – blogs, podcasts, video, etc (mandatory read from Barry on the topic).  When you visit with Barry, you quickly realize Ritholtz’ success is no fluke.  These guys have earned it.  To give you an idea as to what kind of person Barry is, I innocently asked “where should I get pizza from while I’m here?” and Barry quickly responded with “what are you doing for lunch?”.  We hit a ridiculous NYC pizza joint and as a bonus, Barry entertained with several fantastic backstories on his Bloomberg Masters in Business podcast. 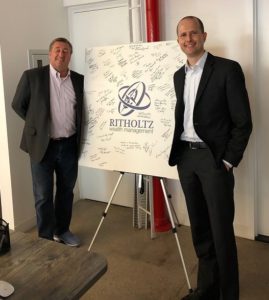 The Man, the Myth, the Legend

Without question, a highlight of the trip was meeting Tyrone Ross in beautiful Bryant Park.  WealthManagement.com has recognized Tyrone as a top ten advisor set to change the industry.  His unique background includes qualifying in the 400 meters for the 2004 Olympic Trials and more importantly, overcoming significant adversity which you simply need to hear about for yourself.  I was blown away by Tyrone’s openness and authenticity.  He’s the real deal and a future star in our profession (if he isn’t one already).  Tyrone was already set to join me on ETF Prime in July to debate the merits of a bitcoin ETF (oh yeah, Tyrone is also a wealth of crypto knowledge), but he flipped the script and put me on the spot impromptu-style…

Last, but certainly not least, I closed the trip with an appearance on Bloomberg’s ETF IQ.  I love doing TV.  Having done radio for 8 years now, I can tell you TV is a different animal entirely.  It’s much faster-paced, but I think a lot more fun!  I know it’s cliché to say, but host Scarlet Fu is a true professional – all class and she makes it easy for guests.  Everyone knows Eric Balchunas is one of the best in the biz at covering ETFs and I was happy to have Carolina Wilson joining me again.  The topic of conversation this time was trade wars, REITs, bitcoin ETFs, and Percidian.  Enjoy!