This week, I had the opportunity to travel to New York and appear on Bloomberg’s ETF IQ.  If you’re not familiar with ETF IQ, it’s a weekly ETF-focused (what else?) show hosted by Scarlet Fu and Bloomberg’s resident ETF expert Eric Balchunas.  It launched last November and I believe it’s a much needed and welcomed addition to help fill the ETF knowledge/education gap.  The show features a parade of ETF experts and has quickly become one of the go-to resources for ETF investors and industry professionals.

Over the past seven years, I’ve hosted an ETF-focused radio show/podcast which takes a somewhat similar approach.  I typically interview an ETF expert or two every week and we try to cover just about every aspect of ETFs.  I love doing the show – it’s something I’m passionate about.  So, for me, to have the chance to field questions and talk ETFs on Bloomberg was truly a dream! 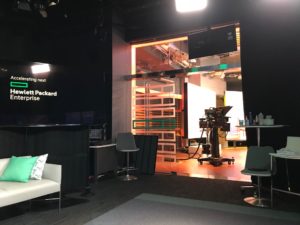 Waiting in the “Green Room”

Compared to radio, TV moves 10x faster and there are 10x more distractions.  Production assistants running around, makeup artists (remember, I have a face for radio), multiple cameras, TV screens, a countdown clock, even a Bloomberg Terminal keyboard which I was oddly attracted to.  As far as the pace, you had better be locked-in, on point and ready to say what you want to say concisely.  On radio, I can ramble on for several minutes and get back on track.  Do that on TV and your time’s up!  Overall, I was blown away by the level of professionalism and well-oiledness of the entire Bloomberg operation.  I realize this is what they do, but seeing it in action was amazing.  And I’m pretty sure Scarlet & Eric could do the show in their sleep.  Smooth operators.  Bloomberg reporter Carolina Wilson also joined us in studio and was awesome as well! 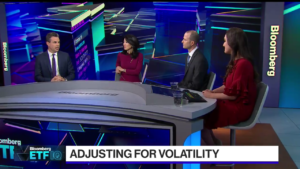 The topic of conversation was hedging a portfolio for inflation, rising rates, and volatility.  We also touched on short volatility ETPs and passive flows.  Enjoy!

Lastly, I just have to say how much I love NYC.  The vibrancy, energy, and culture of the city is unmatched.  I’m extremely happy raising a family in Kansas City, but there’s a reason NYC is called the City of Dreams. 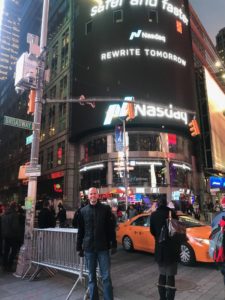