“Today ETFs are the primary way people invest in the market, he said, and are almost universally heralded for driving down the costs of investing and helping millions of people save and invest better. Now he’s helping investors understand the fundamentals of bitcoin, and unsurprisingly, he’s observing similar behavioral patterns.”

“Anytime you see any fund that has such significant stakes in such a large number of firms, capacity becomes a concern.”

“Low cost products are increasingly winning the lion’s share of the investor assets.”

“People are buying UFO as a way to front-run what they think could be inside one of the hottest managers’ portfolio. It’s like in Vegas: everyone wants to get on the winning table.”

“The SEC is seen as dragging its feet unnecessarily on the issue of approving ETFs that focus on cryptocurrencies.”

ARK WATCH: The ARK Fam took in another $1b yest w/ all 7 of their ETFs taking in cash. They’ve now passed both BlackRock & State Street in YTD flows, second to only Vanguard, and are on a $136b/year pace. pic.twitter.com/JRqVeCt6GJ

ETF Chart of the Week: The relative appeal of various investment vehicles versus mutual funds… 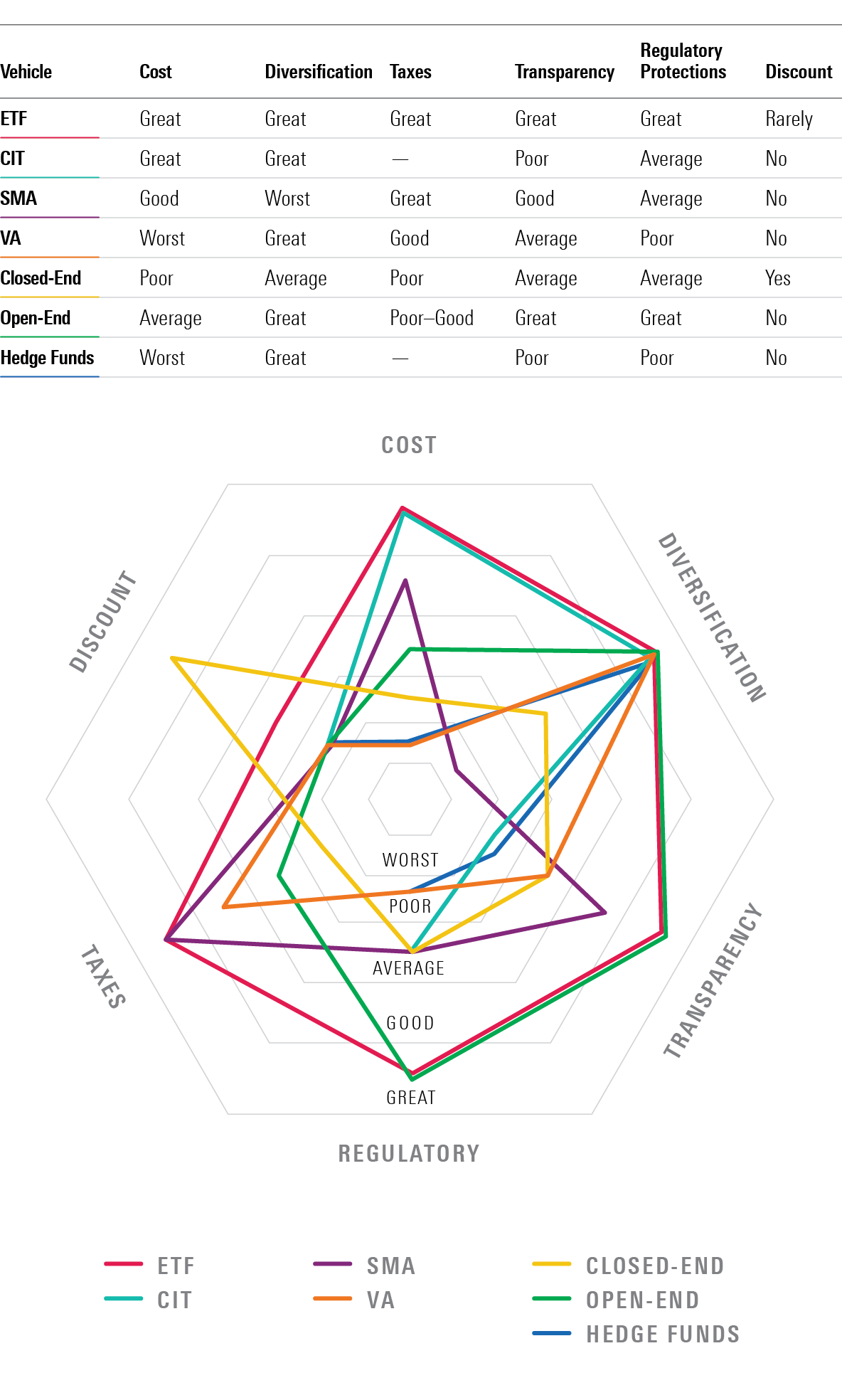